John Ziegler September 22, 2017 July 19th, 2022
I’ve known Jonathan as a client almost as long as I’ve been doing wine tours. And I’m proud to say I’ve known Krista almost as long as Jonathan has. I’ll never forget how she bravely piled into Dave’s SUV (another longtime client) as moxie solo chick along with all Jonathan’s Chicago and California buddies for a trip up to Paso for some wine tasting. This was Krista’s first real outing with Jonathan, soon after they met. Over the years I’ve driven them double digit times, and it was no surprise when they booked me for a tour in Santa Ynez Valley last summer.
The real surprise was getting a call from one of his California pals that I’d driven before, and told I would be a participant in Jonathan’s wedding proposal. The setting was OstrichLand USA in Solvang. Jonathan purchased an egg weeks ahead, sawed a small hole in the big end to remove its inner contents, and had cleverly replaced yoke and white with an engagement ring shielded in bubble-wrap.
My job was to switch the display ostrich egg at the cash register with the egg Jonathan had rigged, while he and Krista were in the back pen area feeding the Ostriches. All the employees were in on it of course. Once I had rested Jonathan’s egg in the display nest I caught up with them, and started snapping pictures. The look on Krista’s face was hilarious, when back in the store Jonathan picked up the egg, and casually began tossing it back and forth in his hands. Click on the link to see how it went.
A crowd started to gather to see what the goofy guy tossing the egg would do next. Wish I had a recording of the applause when the deed was done. Krista was shaking in amazement for the next two hours as we continued the wine tour. Best wishes for a happy married life to you both- love you guys! 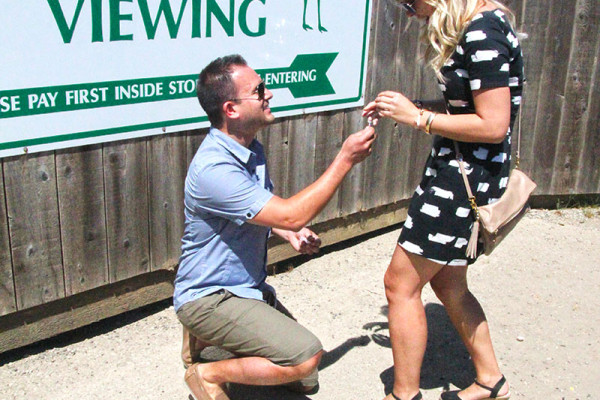 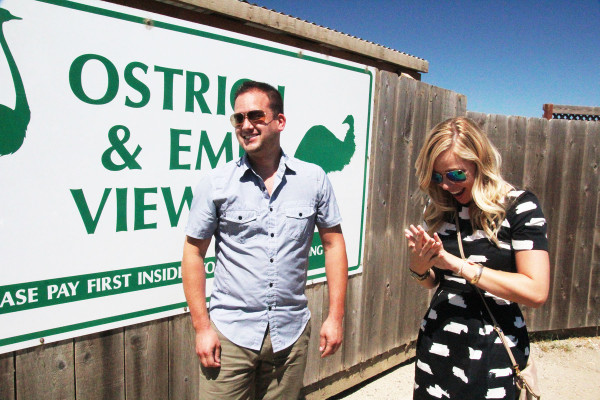 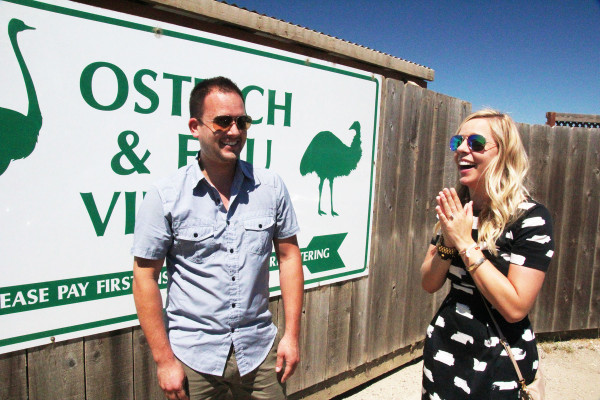 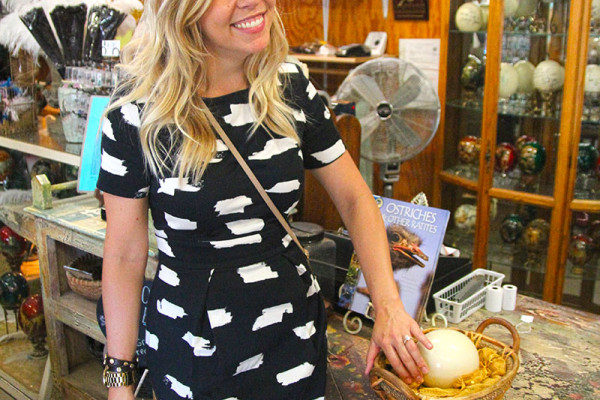 What About The Eastside?